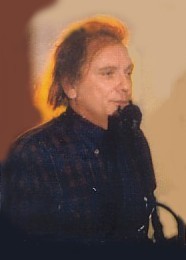 Matthew's Didgeridoo
The fascinating story of Matthew Dembal Martin's didgeridoo as told by Ray.
This article appears on the Simply Australia website.

Australia's National Instrument?
In depth review by Bruce Johnson in Perfect Beat, V3N2 Jan 1997.
Bruce Johnson is an academic in the School of English at the University of NSW. He is a jazz historian, administrator, broadcaster, educator, an active musician and a member of the editorial board of Perfect Beat at the time the article was written. [PDF]

Forward by Peter Burgis to the book, A Band in a Waistcoat Pocket
At the time of writing, Peter Burgis is Director of the Australian Institute of Recorded Sound in Port Macquarie, NSW, and a past vice-president of the International Association of Sound Archives. He was formerly head of the Sound Recording Collection Services at the National Library of Australia and the National Film and Sound Archive in Canberra. 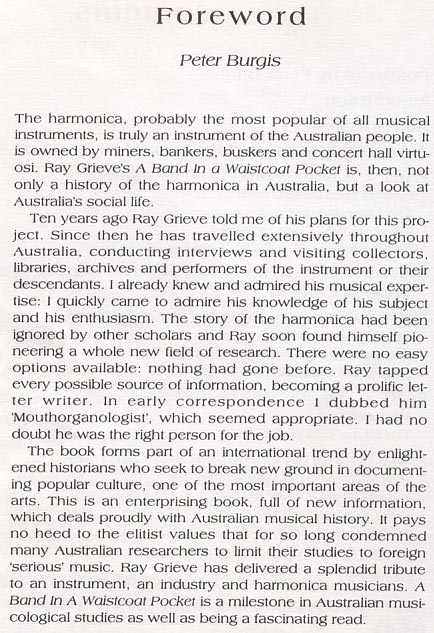 The Rouseabouts: the rattling good bush band
An an indepth interview with Ray Grieve by author-historian John Low, OAM.
This article appears on the Simply Australia website.